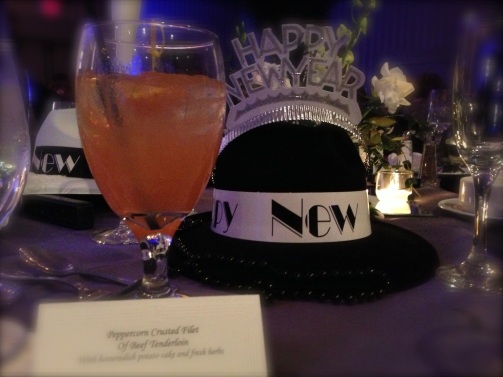 When I was a youngster, our family celebrated every New Year’s Eve by sitting around the living room, holding hands and our dad would begin a prayer a few minutes before midnight and pray thru into the new year. 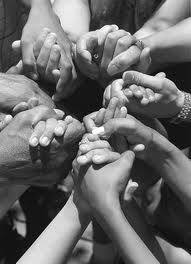 His prayer was the same every year. He thanked God for the blessings of the previous year and prayed for his children for the year to come.  This tradition stopped when my siblings & I went off to college, but I will always be thankful for my parent’s unwavering prayers.

Hubby & I got married in May of 1984.  We celebrated our first New Year’s Eve as a married couple at a resort called Callaway Gardens.  As young newlyweds in our mid 20’s, we wanted to ring in the new year with a big bang! 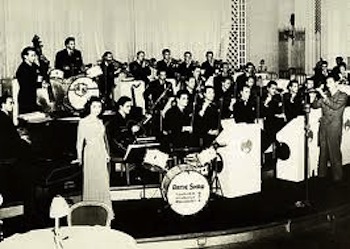 “The Big Band Sound” was the theme at the Callaway Gardens.  What we didn’t know was that when we walked into the ballroom, we’d be the youngest couple there!  Everyone was …older.  I remember thinking that this wasn’t exactly what we had in mind. 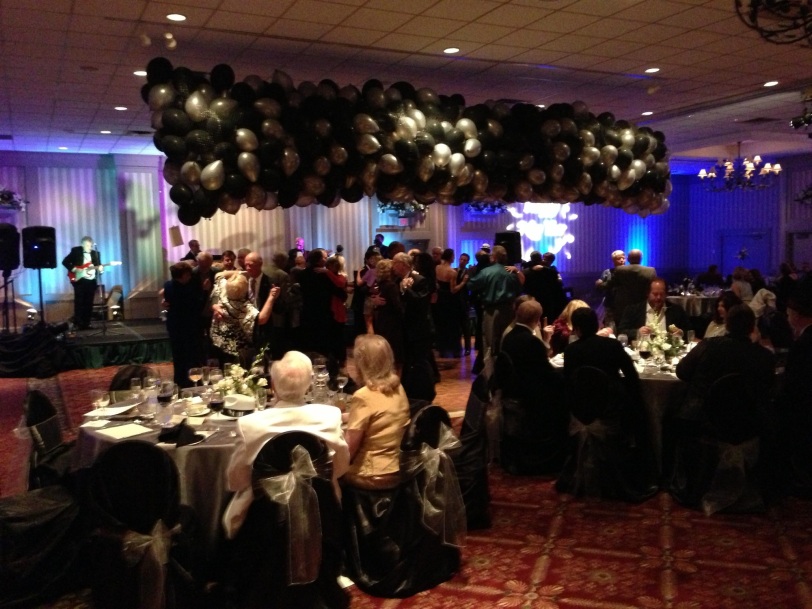 While reminiscing, we noticed a young couple (newlyweds) sitting at the table next to us. As I watched the youngsters (no older than my kids) dance the night away with enviable energy, all I could think was the phrase “the circle of life.”  Before we left, we shared our story with the young couple and wished them many years of happiness. Who knows…  maybe they’ll return to celebrate their 28th anniversary here at the Gardens.

After the initial shock of that night 28 years ago, we ended up having a ball.  As for the last day of 2012?  We also had a ball, but with more appreciation for the life we’ve been blessed with. 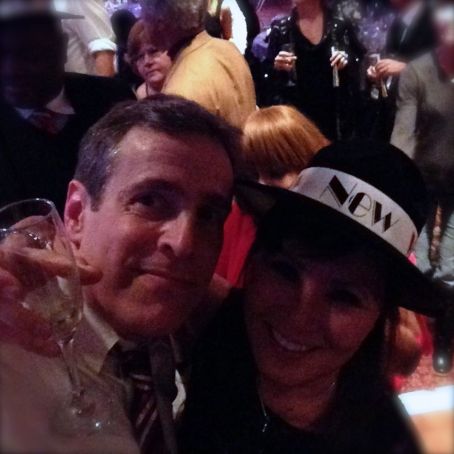 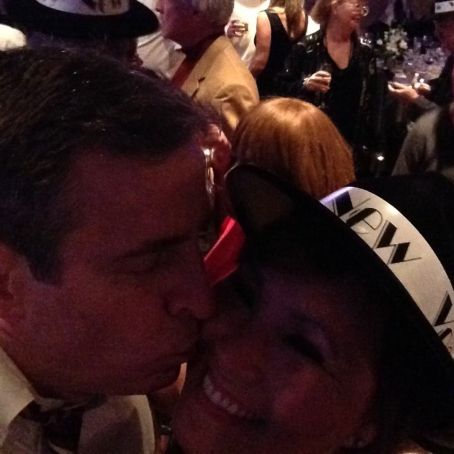 Now, a special thanks to a man who works at the ACE hardware store without whom, this night would not have been possible. 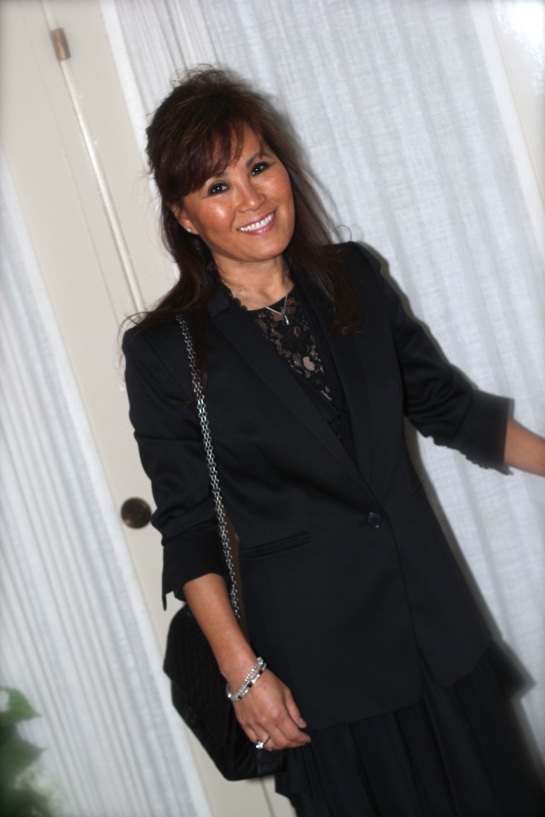 You see, this dress, bought for this occasion a few weeks ago, had a security tag still left on it!  You know, the big black plastic thingy! I noticed it while getting ready for dinner.  Talk about panic! 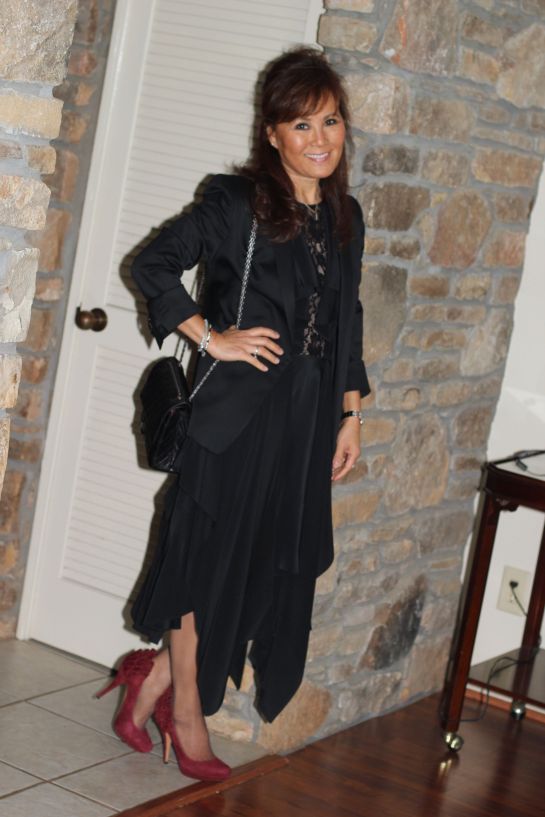 I screamed and said a few words that I cannot repeat.  After taking a few breaths, I called the store where I purchased the dress and explained how they FAILED to removed the tag!  “No, I cannot bring it back as I’m out of town, and NO, there aren’t any boutiques or stores nearby who can help me! 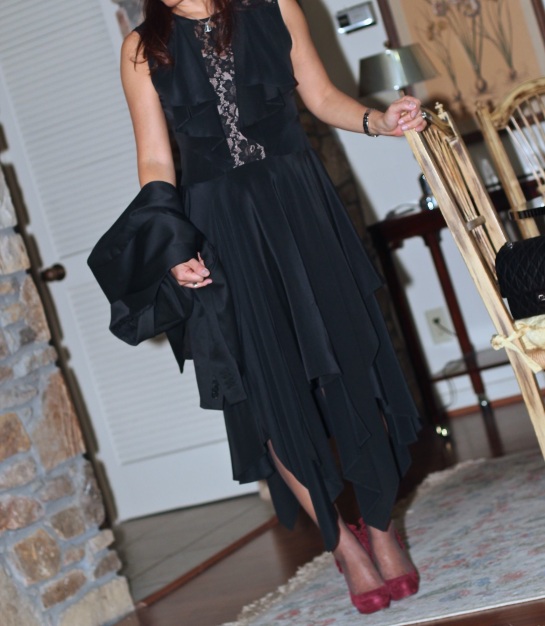 As I was  speaking to the sales associate on the phone, she suggests using a magnet to separate the thingy.  Okay…hubby, I mean, Mr. MacGyver is by now fast at work, googling how to’s and looking for a magnet in the Villa we’re staying in.  A magnet???

Voila!  MacGyver to the rescue!  He finds the magnet inside the door of a TV cabinet.  Whoo hoo! 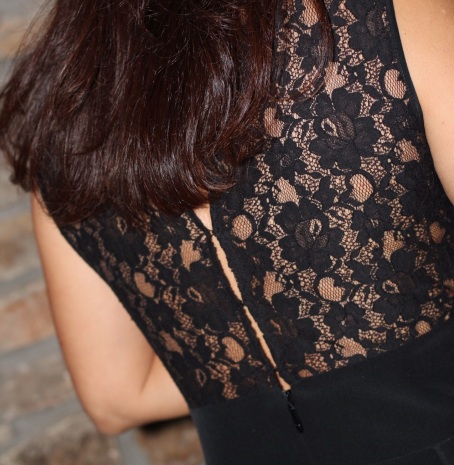 Excitement short lived…it’s NOT working!  I called back the sales associate to tell her that the magnet did NOT work.  Any other suggestions?  She says, maybe a stronger magnet?  Maybe we can break it?  What??  That’s it?  Time’s a- ticking….gotta get ready for dinner & dancing!  I huff & puff and hang up the phone.  Meanwhile, hubby’s still trying to jiggle the thingy loose.  Not happening….then I heard a rip!  Hubby had stepped on the dress and tore the dress at the seam. NOOOOO!

Now, If I were a young 20 something gal, I would have lost it.  But, as a mature woman of age that I am, I calmly told hubby that I would not be going out tonight.  Yes, calmly. 😉 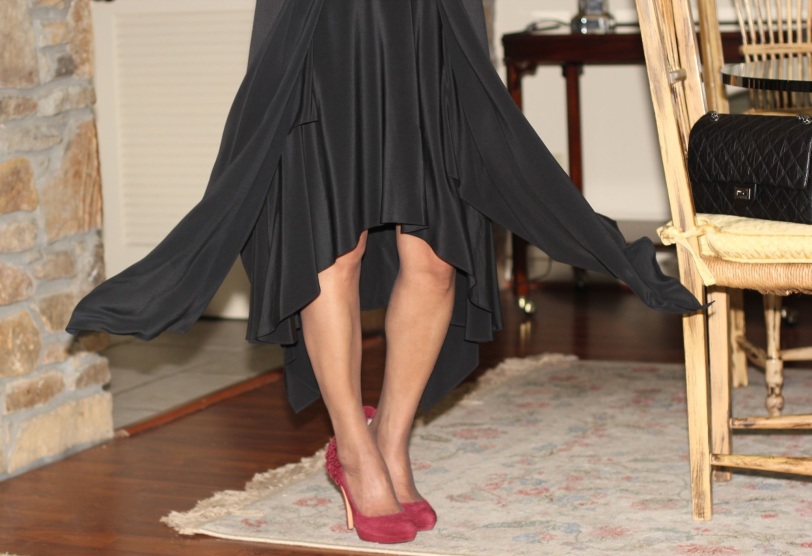 Okay ~ so, with a white flag waving, I called the local ACE hardware store that I noticed as we drove into this very small town.  “Sure, we have magnets!”  I drove like a maniac with my dress in hand.  A nice gentleman found the biggest magnet they had and tried to loosen the thingy off the dress….nope, it wasn’t meant to be.  Noticing my anguish, the man took charge.  He pulled out a plier, grabbed the ugly, big, black, plastic thingy, and with a one big snap, he BROKE it!  Free at last!!

Gave the man a big hug, and we were on our way. 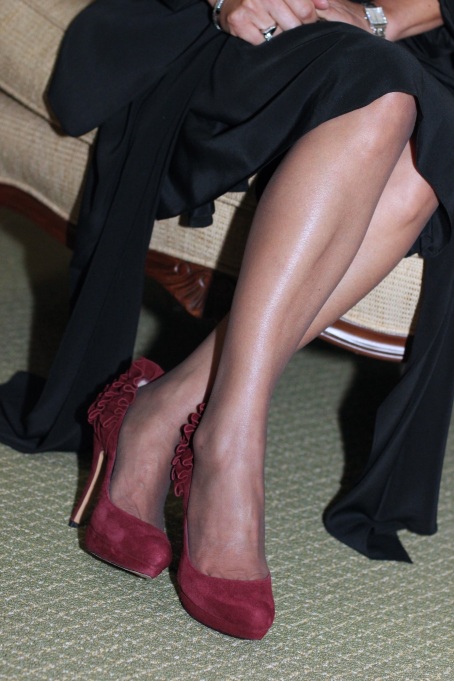 Oh, forgot to tell you, we had to stop at a Dollar General Store (where’s Walmart when you need one?) to pick up a sewing kit…remember the rip?

The moral of the story ~ NEVER leave the store with that big security thingy still on your purchase! 😀 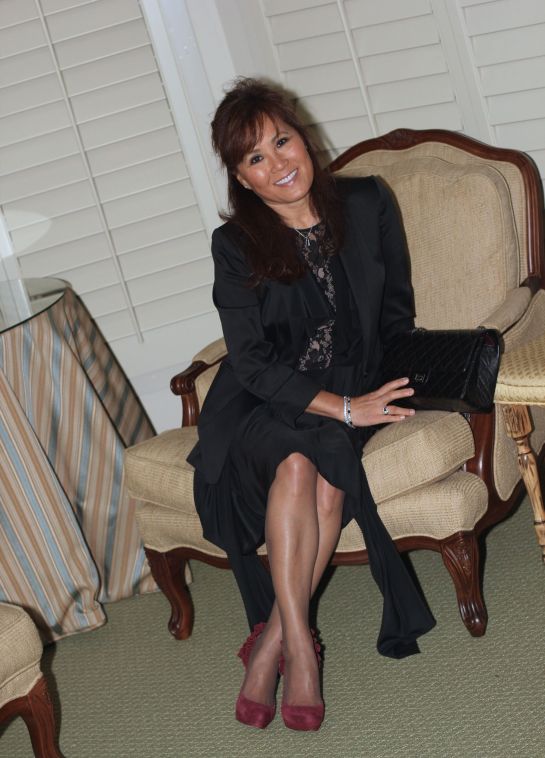 I hope you had a wonderful celebration ringing in 2013!

Thank you for your support and friendship in 2012!