Well, that didn’t last long for me to wander back to the comfort of neutrals.  Actually, I picked up this ribbed tank dress (for a song) in hopes of wearing it under a sheer dress. It’s made of a soft t-shirt material…fits SO tight but SO comfy!   Throw on my favorite leather jacket and ~ voila! ~  I’m ready  for an evening out.  Dress it up, down or under…it should be a versatile piece for spring/summer. 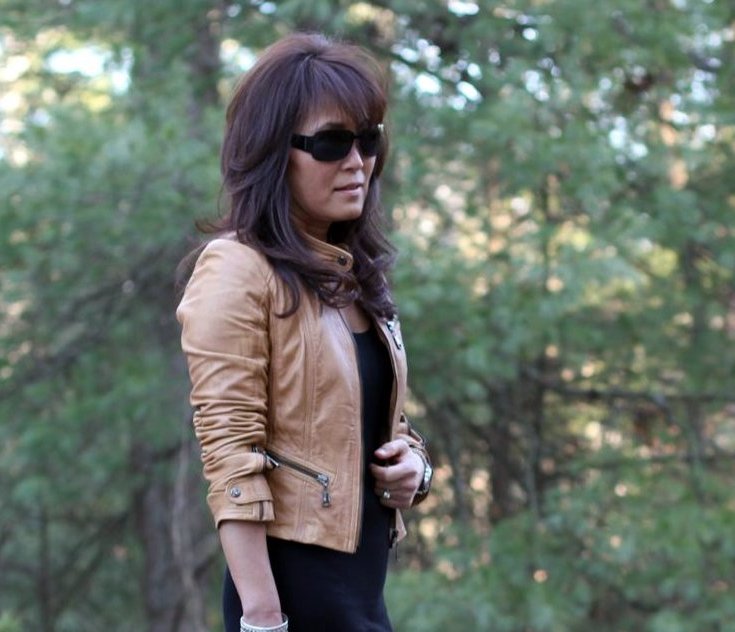 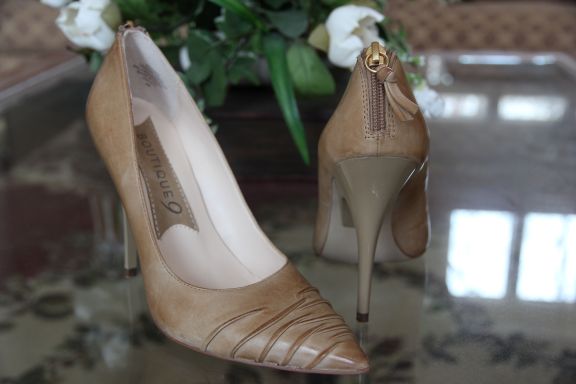 I’ve got to give a shout-out to hubby for ungrudgingly taking photos for this blog,  and making me appear far better than I really am.  It must be the camera angle or something!?  Thanks hon!

Now to share another email from my same old friend… 🙂

I think a version of this email has been circulating since 2009.

You’re critically wounded and dying in the jungle somewhere in the Central Highlands of Viet Nam ..

Your unit is outnumbered 8-1 and the enemy fire is so intense from 100 yards away, that your CO (commanding officer) has ordered the helicopters to stop coming in.

You’re lying there, listening to the enemy machine guns and you know you’re not getting out.

Your family is half way around the world, 12,000 miles away, and you’ll never see them again.

As the world starts to fade in and out, you know this is the day.

Then – over the machine gun noise – you faintly hear that sound of a helicopter.

You look up to see a Huey coming in. But.. It doesn’t seem real because no MedEvac markings are on it.

Captain Ed Freeman is coming in for you.

He’s not MedEvac so it’s not his job, but he heard the radio call and decided he’s flying his Huey down into the machine gun fire anyway.

Even after the MedEvacs were ordered not to come. He’s coming anyway.

And he drops it in and sits there in the machine gun fire, as they load 3 of you at a time on board.

Then he flies you up and out through the gunfire to the doctors and nurses and safety.

And, he kept coming back!! 13 more times!! Until all the wounded were out. No one knew until the mission was over that the Captain had been hit 4 times in the legs and left arm.

He took 29 of you and your buddies out that day. Some would not have made it without the Captain and his Huey.

May God Bless and Rest His Soul.

I appreciate your visit and your sweet comments!  Constructive criticism is also welcome. Really! 🙂

Have a wonderful day!

68 thoughts on “Back to neutrals…”